The creed of monotheism was brought when Islam was born, releasing humans from bonds to idols and other objects whose position is only a creature of Allah-SWT. Islam is agreed upon by the scholars, scholars and adherents themselves, that Islam is a religion of monotheism. The difference between Islam and other religions is by looking at monotoism or pure monotheism, which cannot be mixed with all forms of non-tawhid or shirk. This is the advantage of Islam over other religions. Tawhid education is the first and foremost education for every Muslim according to the foundation for monotheism education according to the warning in the verse above. Tawhid is a foundation that should underlie the mindset, feelings and actions of every Muslim 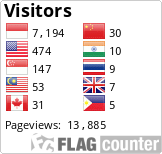